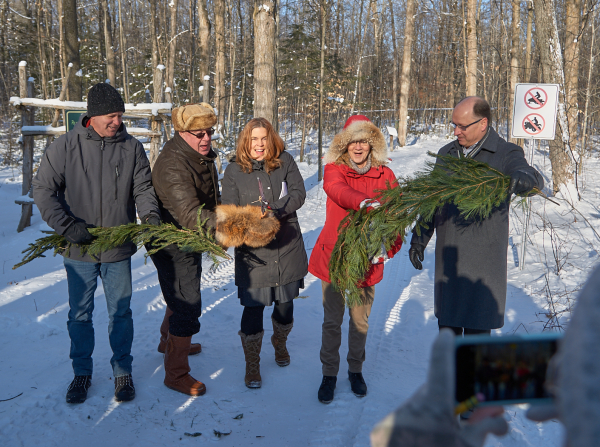 The Kemptville Campus Education and Community Centre is pleased to announce that the Campus forests have achieved Forest Stewardship Council® (FSC®) Certification through the Eastern Ontario Model Forest’s Forest Certification Program. The announcement was made Friday at the Campus Agroforestry Centre on Bedell Road.

“We are thrilled to achieve this certification,” stated Mayor Nancy Peckford. “Given that over half the Campus lands are covered in forest, this really ensures the viability and sustainability of the forest now and for the future.”

The FSC® is an international, non-profit organization that supports environmentally appropriate, socially beneficial, and economically viable management of the world's forests. The FSC® has developed a set of standards that ensure sustainable forest management. Forest owners must indicate their commitment to managing their forest within the FSC® Standards and the Model Forest Policies and Procedures.

The Kemptville Campus woodlot adds 360 acres to the growing list of private woodlots now certified under the EOMF Forest Certification Program. The certification includes both wood and maple syrup harvested from the forest. The Kemptville Campus woodlot is comprised of several forest stands, including mixed hardwood, conifer and maple plantations.

Frank Heerkens, who operates the maple syrup facility at the Agroforestry Centre on behalf of Kemptville Campus said, “This certification will now allow us to put FSC stickers on our maple syrup products.” Fellow syrup producer and author of the Forest Management Plan for the Campus, Peter Wensink, added, “The woodlot has been actively managed since the College was established in 1917. Activities have included tree planting, woodlot tending, trail improvements, maple syrup production, and educational events, to name but a few.”

Jim Hendry, Forest Certification Coordinator for the EOMF, views forest certification as an important tool in implementing sustainable forest management. “Managing our forests to a world class standard while producing FSC®-certified wood and maple syrup is good for the environment and the local economy,” stated Hendry. “The certification of the Kemptville Campus woodlot will help to raise awareness of the importance of forests and sustainable management throughout North Grenville and beyond.” 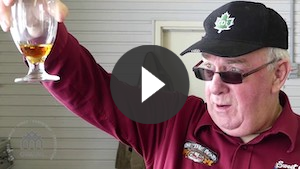 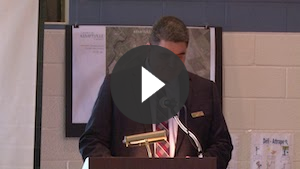 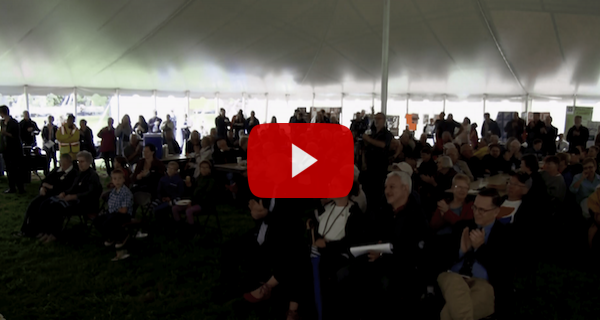 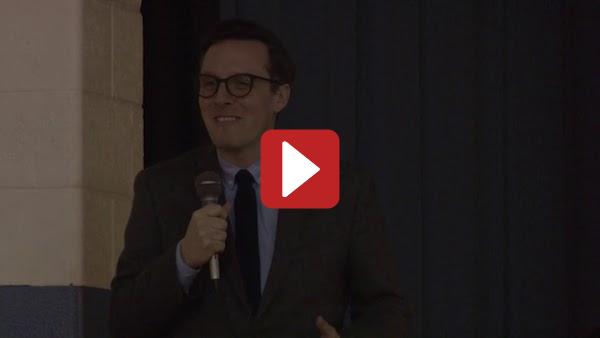